The lovely photo Susie posted yesterday of George and me walking in Venice last summer brought a memory of George vividly to mind.

Susie [George’s wife], George, Susan and I loved Venice. Although we’d been told the food was not as good as in the rest of Italy, our guide turned us on to some fantastic little local restaurants that were probably the best places we ate in Italy, and that’s saying something. The food everywhere was beyond description. Venice has its own version of tapas, eaten from a countertop–very simple, very delicious and very cheap–that she introduced us to. Each little restaurant had its own delicious wine.

We had four young women guides on our trip–-one in Rome, two in Florence, and this one in Venice. All were excellent, including her, not least for her food tips, but she had a hard time suppressing her scorn for Americans and loathing of tourists. At one point, she blurted out to no one, apropos of nothing, “I HATE tourists!” We took it in good spirits and were even sympathetic, because the place was utterly overrun by people in baseball caps traveling in packs down the tiny corridors. The day after we left, a cruise ship slammed into the main dock. I wish they would ban those damn things.

We actually liked her, and were amused by her disdain for Americans. At St. Mark’s Square, she explained to us, “There was this guy named Napoleon. Maybe you’ve heard of him.” She scolded us for drinking bottled water instead of going into a taverna and asking for a glass of water (as if we’d know to do that). She constantly lectured us about how, after the war, the CIA had undermined the Italian Left, giving rise to the Mafia, the scourge of Italy to this day.

We completely agreed with her, but she couldn’t believe we were politically sympathetic. She seemed not to take our comments in that regard seriously. We were just…Americans. We might as well have had on MAGA caps.

Venice has a legendary history of jurisprudence, and when she learned that my wife, Susan–Frissell boys have a weakness for Susans–had been a public defender in New York City, she commented, “Venice had public defenders in the 15th Century. The U.S. didn’t even have them until the 1960’s.”

Despite being a former litigator, Susan, is a lot like George temperamentally, and took this in good graces, holding her tongue (and, after all, the guide was right.)

The guide did mellow a bit toward us on learning this about Susan, and made it a point to show us many of the storied courtrooms (and dungeons) in Venice.

She then asked what the others of us did (this at the very end of two solid days with us). When she learned George was an English teacher, she made the mistake of taking him on about poetry.

“Have you ever heard of the American poet Ezra Pound?” she asked. “He loved Italy and lived here for many years.” (Unspoken: “To get out of the United States.”)

“Yes,” said George, “He was a fascist and a vicious anti-Semite.”

She was stunned. “No, no. You don’t understand. In his youth, Mussolini was a socialist, and that’s when Pound supported him.”

I couldn’t resist jumping in. “No, he loved Mussolini’s fascism because he thought it restored the grandeur of classical Italy. He was also a big fan of Hitler. He spent the war in a prison for the insane in the U.S.”

George took it from there: “He would have been executed as a traitor except for the impassioned intervention of many great poets, including Jewish poets like Allen Ginsburg. He was an important poet, but he was a despicable man.”

She was utterly speechless, the tour ended on that note, and I’m sure she headed straight to the Italian Wikipedia.

We headed straight for an Aperol spritz.

Then, we vegged out for a week on the Amalfi Coast in a beautiful villa Susie found, and slurped limoncello made by our 87-year-old host. 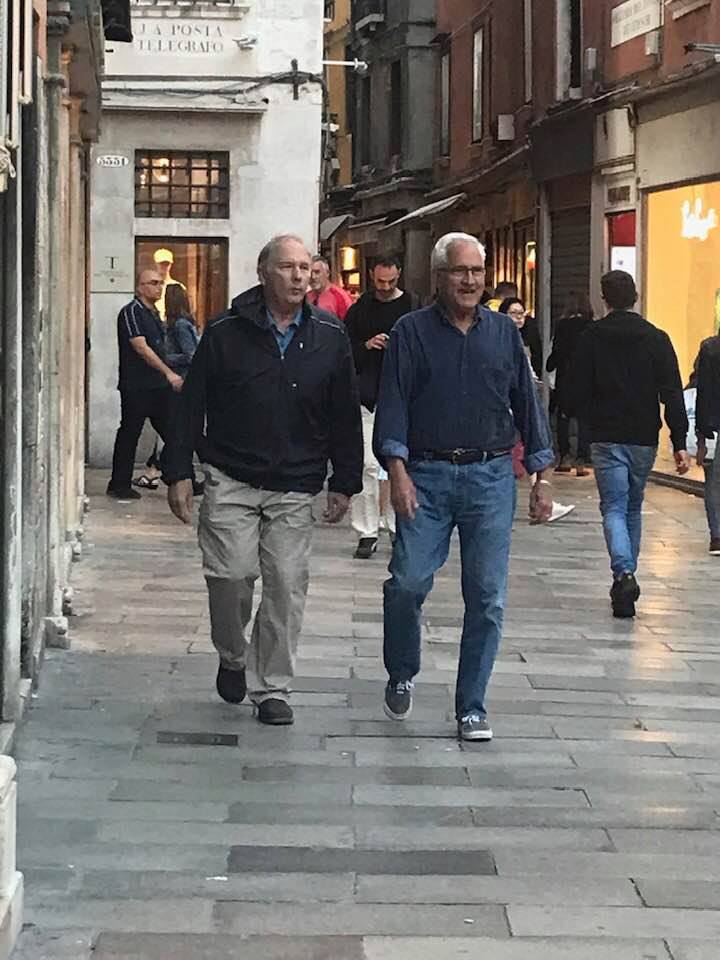