Even though we don’t really have a “family” in-house (well…pets), we eat at the table on a regular basis. We almost–almost–did so thrice yesterday; the oatmeal came off the stove right as “CBS Sunday Morning” came on in the living room and we like to watch that live (Note: I am not a fruit eater but Nicole has seduced me into enjoying blackberries, raspberries, and bananas in my hot cereal–one fringe benefit of sheltering). But lunch and dinner were magnificent efforts by the chef: vegetarian enchiladas made with Tortilleria El Patron‘s tortillas as well as Happy Hollow Farm‘s purple radishes and sweet potatoes (of which I’m not normally a fan unless they’re in a pie) for the former, her long-time staple and specialty peanut butter curry for the latter. The windows were open all day, the music was flowing, and no neighbors were screaming at each other. 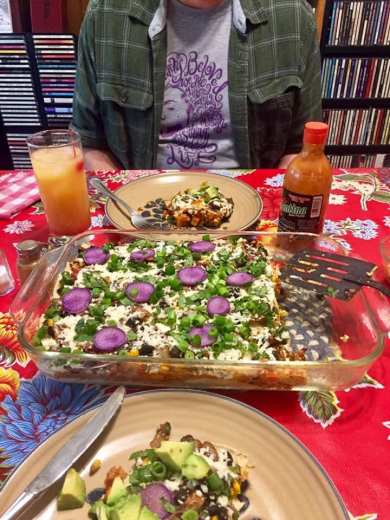 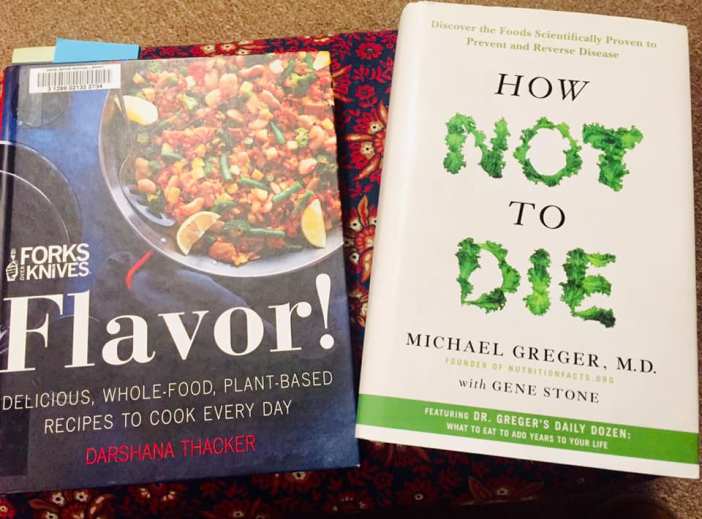 I understand it’s rather bourgeois to linger too long over food (Luis Buñuel made that point powerfully), but a) I may actually be rather bourgeois–more so than I’d prefer–and b) home-cooked meals have been one of the most sustaining rituals of this mess, and I’m fortunate to live with someone who cooks with love, skill, and imagination. For the record, I always and zen-happily wash and dry the dishes promptly; I seldom use the dishwasher, but as a mercy to my chapped hands and wrists, since the thing began I’ve leaned on it a bit. My goal since we moved in together has been to never allow her near a stacked sink, and to assure her every implement’s clean for her to make as big a culinary mess as she needs to. I’m not very romantic, but those are my dozen roses, I suppose.

I dug Albert Camus’ The Plague out of the basement library in the early evening. How cliché at this point, I know, but that paperback has been with me (physically and spiritually) longer than most of the books in the house. The novel was required reading for a fantastic “Philosophy and Literature” class I took as a senior at what was then Southwest Missouri State, and the prof was superb. I can’t remember his name, but he had long gray hair, a mustache, and muttonchops, and always sported the same cigarette-burned corduroy jacket–Clay Thomas, you recall him, by chance? The Stranger and “The Myth of Sisyphus” were splashier reads, but The Plague seemed much more adaptable to the lived life of a 21-year-old, and warmer (if that makes sense). Time for a re-read, even if (maybe especially because) millions of other humans are also picking it up. I encourage you to, as well; there’s more than one plague we’re dealing with, after all, and this book will help. 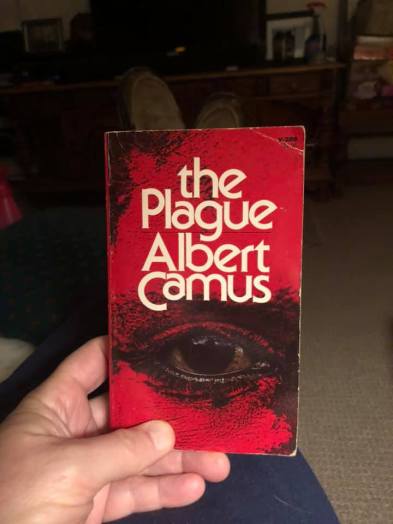 Oh, and Tux finally used his $100 house after many months (including a fall and winter) of turning up his pink nose! Instead, he’s turning his nose up at the lunch that he did not eat at our table. 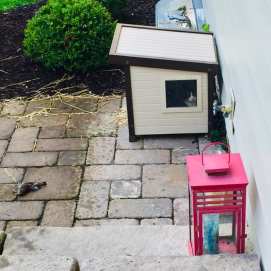 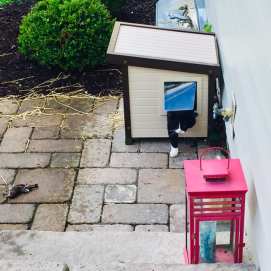 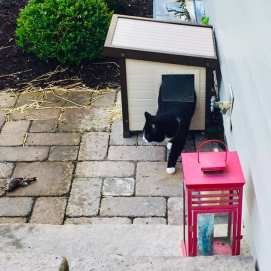 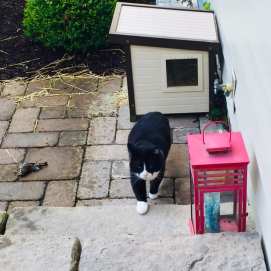 This may not actually be the greatest jazz concert of all time, but with Bird on sax, Diz on trumpet, Bud on piano, Max on drums, and Mingus on bass, it is mos def no disgrace.