After sleeping on the couch again (it has to do with our dog’s mysterious ailment, which requires an Elizabethan collar and my nearby presence at night), Nicole surprised me with two hearty slices of avocado toast that would have powered me all day. I quickly forgot about the couch.

I was supposed to have a project, but I do not think vacuuming the carpeting counts. Mostly, I spent the day finishing Sasha Geffen’s Glitter Up The Dark: How Pop Music Broke the Binary (notice how I keep referring to it? it’s an old teaching trick…), a terrific book that I may require of my students next semester if one happens.

Meanwhile, Nicole created an altar / art installation in the basement closet of “The Kitten Room.” That is something to be proud of. 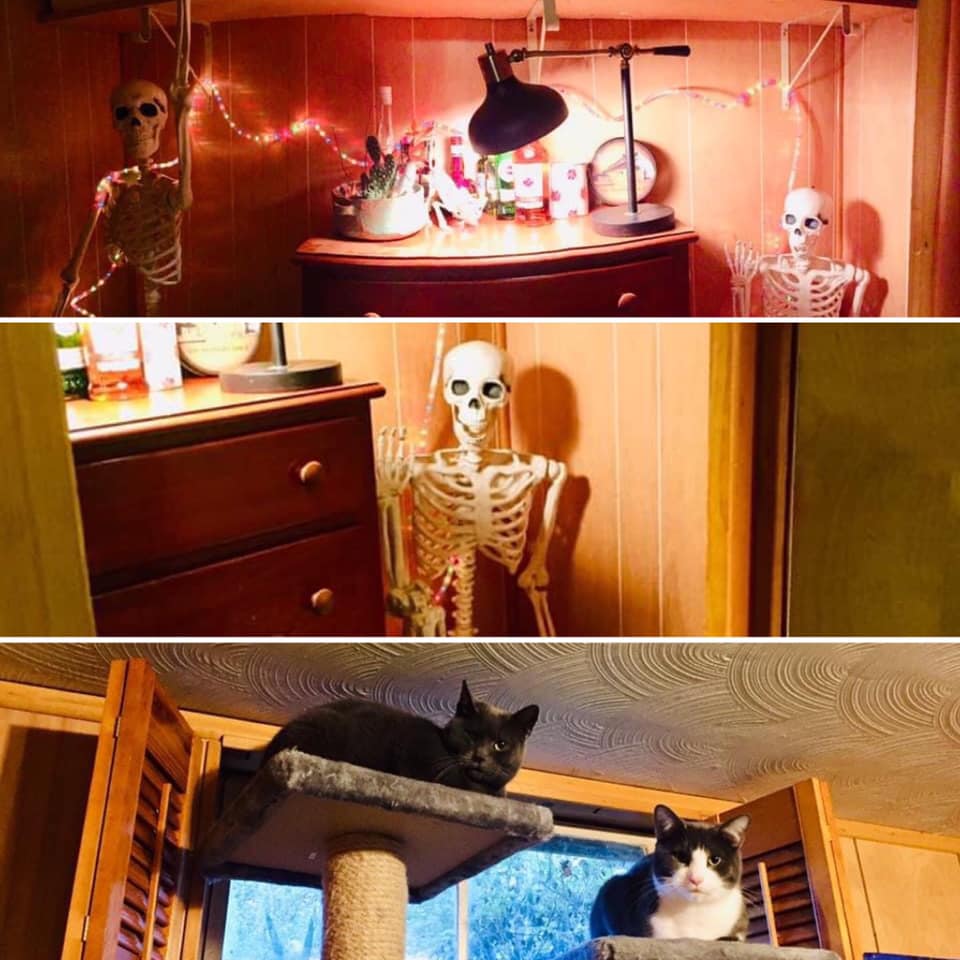 We decided to eat out again, and tried one of our long-time favorite spots, La Terraza. We love several different Mexican restaurants in town; they are each subtly different, and I prefer LT’s chili rellenos, while we both prefer their margaritas. “Curbside margaritas,” you say? “Indeed,” I answer: 32 ounce “travelers”! Those and the food went great with the tensest “Better Call Saul”(spoilers in link) I’ve ever seen. 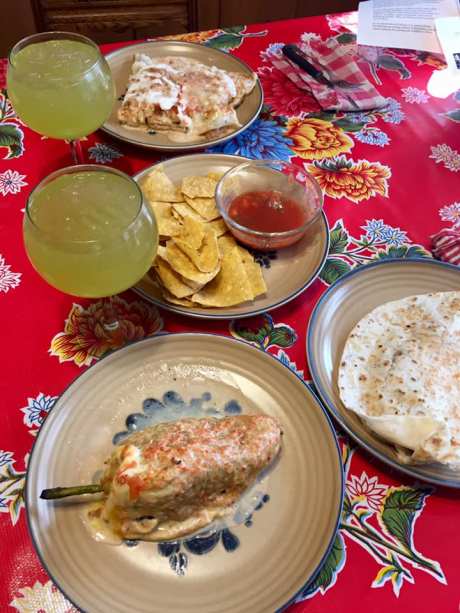 Continuing to mourn Hal Willner. Back when this was released, it helped push me off the high boards into the deep end of Monk’s pool of inimitable compositions. Willner’s guests range from Donald Fagen to John Zorn, from Dr. John and NRBQ to Shockabilly and Steve Lacy, and believe it or not, not only isn’t it uneven but it actually holds together. Dig it.