Laughing our butts off at Randy Newman and his wife on CBS Sunday Morning (sheltering in place is bringing them spatial and motivational challenges).

Mixing a couple of tequila sunrises, cranking up the 2-CD Dead Moon compilation ECHOES OF THE PAST, and realizing we were fortunate enough to see the Coles play seven times, and get to know them. They have always been an inspiration to us.

A Zoom session with my parents Ron and Jane and my brother Brian and his gal Myra. We got caught up and enjoyed some great views of Dad’s belly (low-angle camera work). My mom is busy making masks for friends and my dad is out in the shop a lot. (See pic in comments.)

Nicole’s lasagna, made with fresh spinach from the Columbia Farmer’s Market–their operation is a model for these times. And doesn’t lasagna taste even better the second day?

Relaxing with a book, some music, and the windows open, and enjoying a beer on the front landing with our cat Tuxalini. 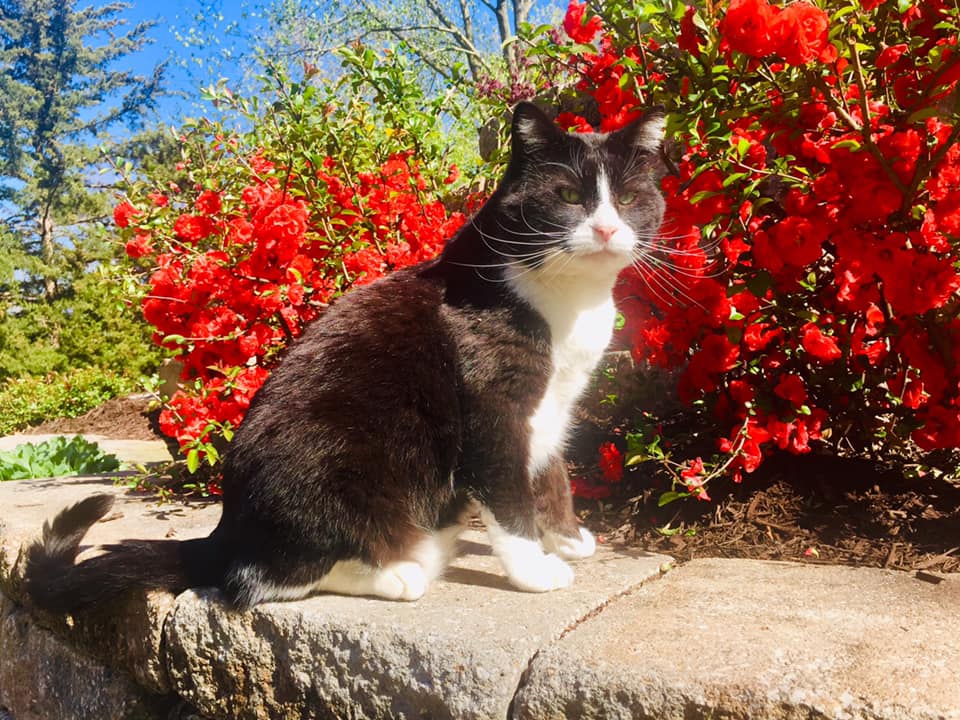 Neighbors. A neighbor of ours already had three dogs they insufficiently controlled, and they recently added a NEW dog and a cat that had not been spayed and now appears pregnant. Yesterday, they gathered in their driveway with (at least) four friends for almost two hours, definitely not practicing social distancing, sharing smokes–and allowing the new dog to run freely in the street (stopping traffic twice) and over into our yard multiple times, though IT HAD A LEASH ON THAT WAS APPARENTLY DECORATIVE. Upon the dog’s last foray, Nicole stepped out and asked them politely to keep their dog in their yard. Response: “I’ll do whatever I want.” Animal Control does not operate on Sunday; a heads-up to the authorities went unaddressed. That unnerved us for the rest of the evening. It is really difficult, sometimes, to sit with things you can’t control. We will get better at it, but Animal Control is now on speed dial.

Tyler Keith of Oxford, Mississippi, is one of the States’ last dyed-in-the-wool rock and rollers. In the Nineties, he led The Neckbones, which were what the first version of The Heartbreakers (with Johnny Thunders and Richard Hell in tow) would have sounded like if they had been from The Deep South. But Tyler, solo and with his various bands (The Preacher’s Kids, The Apostles), has continued to make barbed-wire, hard-hitting music that’s continued the Southern tradition, most vividly exemplified by Jerry Lee Lewis, of watching the sunrise with God and closing down the bar with Satan. He performed a Facebook live concert last night to celebrate the release of his new album (see below), and that rescued the day for us, in a way. By the way, the album is great.

This album has always done us good. Perhaps it will do the same for you!